Each year, Dean Theresa Lee and members of her cabinet, with help from department heads, recognize faculty in the College of Arts and Sciences for their excellence in teaching, research and creative activity, and lifetime achievements.

Due to the ongoing pandemic, however, we were unable to host the annual awards banquet in-person. Each faculty member received a plaque and congratulations from the dean. We posted a video to the college YouTube channel here, which features each faculty award winner. 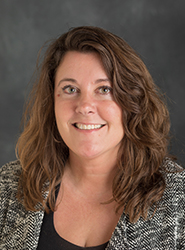 Stephanie Bohon, professor and head of the Department of Sociology, received the Senior Diversity Leadership Award, which recognizes the extraordinary efforts of a senior-level staff or faculty member in support of the college’s and university’s commitment to diversity. Bohon is the founder of the Center for the Study of Social Justice, a Leadership and Governance Fellow at the Baker Center, and president-elect of the Southern Sociological Society. She holds degrees in economics, political science, sociology, and demography from Penn State University.

Her research uses critical race theory and demographic techniques to examine the integration of ethnic minorities, especially Latinos, into new destination labor markets in the US Southeast. This work interrogates the racialization of immigrants, “crimmigration” policies, and institutionalized processes of discrimination in housing and transportation. Her work circulates in the leading journals of sociology as well as major news media outlets. She has briefed elected officials at all levels of government and in federal court on immigration issues. At UT, she has played key roles in many of the university’s largest efforts to improve diversity and inclusion.

“Creating departments where the students and faculty are comprised of people from historically, culturally, and legally excluded groups not only helps, in a very small way, to redress years of injustice, but it also makes our departments more productive, creative, and highly functioning,” Bohon said. “I appreciate this award from the college, and I look forward to a future society when our departments look like our society and such awards will no longer be necessary.” 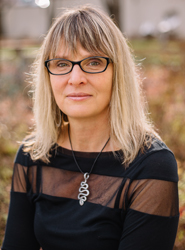 Michelle Brown, professor of sociology, received the New Research, Scholarly and Creative Projects in the Arts and Humanities Award, which provides outstanding faculty in the arts and humanities with financial support for advancing scholarship or creative work. The award is to support a project or projects over a period of time that will lead to significant new external professional recognition for the faculty member

Brown is a critical criminologist, with loved ones living inside and working for the prison state. She holds a BA in comparative literature (Film Studies), an MA in criminal justice, and a PhD in criminal justice and American studies from Indiana University. Her research and teaching focuses on the carceral state, abolition movements, transformative justice, and visual culture.

Her many research accomplishments over 17 years as a scholar include publishing two books and editing three more along with 40 peer-reviewed articles and book chapters. She served as editor for the journal Crime Media Culture and two special issues of other journals. Brown is the senior editor of the three-volume Oxford Encyclopedia of Crime, Media, and Popular Culture. Brown has won at least six research awards, including the university’s coveted Jefferson Prize. While she was producing all of this top-quality research, she still managed to accrue five teaching awards and the college’s Diversity Leadership Award. It is no wonder that the American Society of Criminology deemed Professor Brown the Critical Criminologist of the Year in 2016.

Long before many of us had heard the call to “Abolish the Police,” Brown was conducting research on that movement.  Her current research seeks to provide an account of abolition’s varied meanings and contestations through organizer accounts, movement materials, and mainstream forms of public commentary. It draws upon interviews and curated materials from organizers, activists, and artists about their abolitionist visions and related creative output: art, online workshops and convergences, podcasts, webinars, and digital toolkits and curricula that have produced a heightened public presence around new forms of justice. This project will culminate in a community-based, digitally curated site for abolition movement materials open to both university and community users, a public resource and digital hub for a genealogy of new forms of abolition in the era of mass incarceration.

“The recognition, trust, and resources that come with this award mean so much,” Brown said. “I am excited to use every penny of it to help build, with organizers, a community resource that teaches us all more about abolitionist visions in our contemporary moment.”